We would like to offer our sincere support to anyone coping with grief. Enter your email below for our complimentary daily grief messages. Messages run for up to one year and you can stop at any time. Your email will not be used for any other purpose.

Share a memory
Obituary & Services
Tribute Wall
Read more about the life story of Jeanne and share your memory.

Jeanne Frances Prifti (Crowley)
07/29/1936-01/16/2023
It is with great sadness that we announce the passing of our mother, Jeanne (Jeannie) Prifti of South Yarmouth, formerly of Framingham and Milton, who left us on January 16, 2023, while in hospice care at the McCarthy Care Center in East Sandwich.
Jeannie was born in Boston on July 29, 1936. She was the daughter of the late Joseph and Ruth Crowley (Collins) of Milton. Sister of John Crowley and wife Mary of Harwich and Milton, and sister of the late Stephen Crowley and his wife Margaret of Needham. Jeannie was also very close with, and who was her namesake, her late aunt Sister Jeanne Collins, who was a Sister of St. Joseph of Boston, and taught for many years at the Boston School for the Deaf in Randolph.
Jeannie was raised in Milton, educated at The Cathedral Academy class of 1954, in Albany, NY, where her family lived for a few years, and Aquinas College in Milton.
Survivors are her husband of 60 years, William E. Prifti of South Yarmouth, formerly of Framingham and Brockton, daughter Lauren A. Catanzano of Middleboro, formerly of Framingham & fiancé Matthew J. Murphy of Middleboro, formerly of Abington. Son Douglas W. Prifti of South Yarmouth, formerly of Worcester, Shrewsbury and Framingham. Jeannie also leaves behind three grandsons, one great-granddaughter, two nieces, one nephew and several great-nieces and nephews.
In early adulthood, Jeannie spent four years as a Catholic Nun with the Sisters of St. Joseph of Boston. However, she longed for a family, and left the convent to return to her hometown of Milton. The following year, she met William, and they married on May 26, 1962. They purchased their first home in Brockton, William's hometown. In 1965, William accepted a position at Raytheon in Waltham, so he moved the family to Framingham, where they raised their children.
At the age of 42, while raising two teenagers, Jeannie courageously returned to further her education at Aquinas College in Milton, where she earned her degree. She then held long-term employment with both Framingham Union Hospital (now MetroWest Medical Center), and Milton Hospital.
Jeannie and her husband retired on Cape Cod, in South Yarmouth in 1995. In her retirement, she pursued many volunteer opportunities, including the VNA Thriftique of South Yarmouth, and the public school system of South Yarmouth.
Jeannie thoroughly enjoyed the beautiful colors of Autumn in New England. She loved to take walks on a cool, brisk day. She also loved day trips all around New England.
At Jeannie's request, there will be no funeral or memorial service. In lieu of flowers, please consider a donation to the Dementia Society of America. https://www.dementiasociety.org/
https://www.youtube.com/watch?v=hozEk-eCYwc&authuser=0

To send flowers to the family or plant a tree in memory of Jeanne F. (Crowley) Prifti, please visit our floral store. 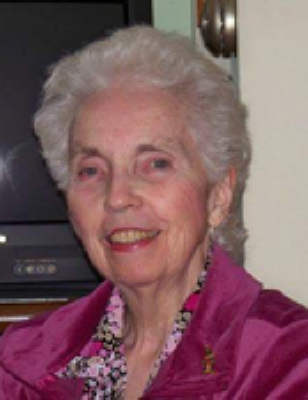 In Loving Memory Of

Look inside to read what others
have shared
Family and friends are coming together online to create a special keepsake. Every memory left on the online obituary will be automatically included in the book.

In Loving Memory Of

Look inside to read what others have shared

Family and friends are coming together online to create a special keepsake. Every memory left on the online obituary will be automatically included in the book.

You can still show your support by sending flowers directly to the family, or by planting a memorial tree in the memory of Jeanne F. (Crowley) Prifti
SHARE OBITUARY
© 2023 MacKinnon Funeral and Cremation. All Rights Reserved. Funeral Home website by CFS & TA | Terms of Use | Privacy Policy | Accessibility